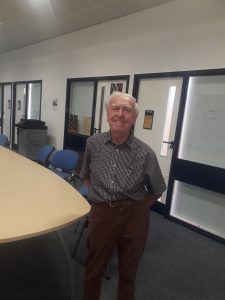 The Cleveland Scientific Institution (CSI), a historic scientific education charity, is the latest organisation to become a headline supporter of a major celebration of North East engineering, “Bring It On 2019”.

The CSI has once more granted £5,000 to Bring It On, which encourages young people to take up a career in engineering. This funding is the third year that CSI has supported the event, which brings together industry and education to celebrate north east engineering and the opportunities it makes available.

The CSI was founded in 1921 to encourage the technical education of people in the Tees Valley iron and steel industries and sold its historic Middlesbrough headquarters in 2006 to fund support for promoting education and training for young people in science, technology and engineering in the Tees Valley.

Bring It On aims to raise the aspirations of young people and help close the engineering skills gap for North East engineering companies. Bring It On’s objectives very much align with the objectives of the CSI, which is delighted to support it for the third year.

CSI has been impressed with the impact that Bring It On has had on youngsters who have attended in previous years and feedback from pupils, teachers and companies has been amazing.  The level of engagement and enthusiasm between the young people and the companies, and particularly with the engineers behind their stands, was phenomenal. Everyone who has seen it has commented on that.

CSI has had a representative on the steering committee of Bring It On – the brainchild of a group of engineering and STEM education professionals – since its first year and has been instrumental in developing the project over the past three years. The impact that Bring It On has had can be illustrated by the fact that both schools and engineering companies are queuing up to be part of the event.

As president of the CSI and a Fellow of the Institution of Mechanical Engineers, which is also a headline supporter of Bring It On, I am proud to be involved in supporting such an important event for North East young people and industry. I hope and expect that Bring It On 2019 will be the outstanding success that it was in 2017 and 2018.